May the Course Be With You: Girls golf makes history 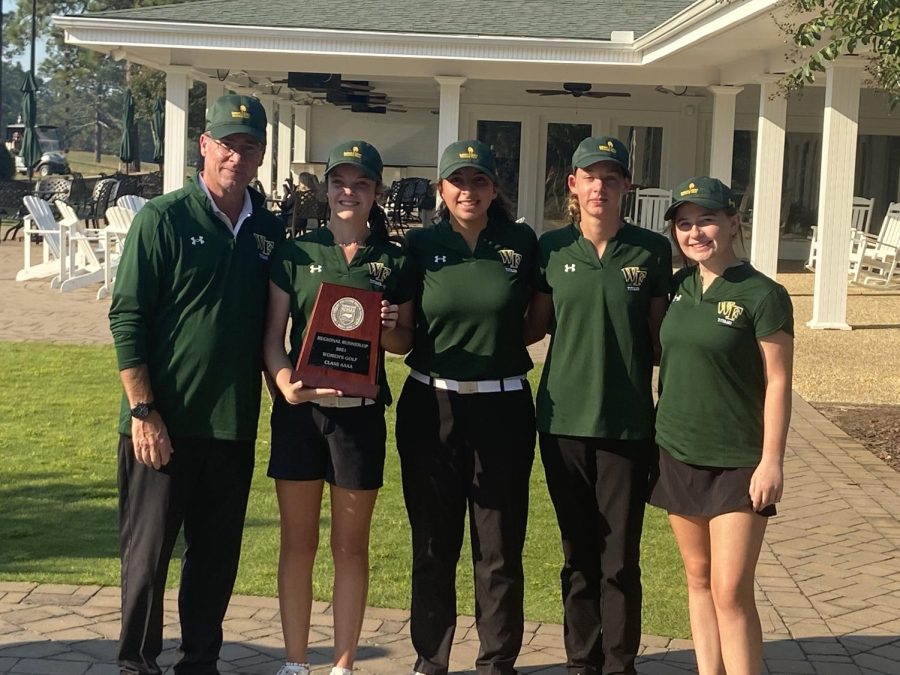 The Titans ladies golf team made history this season when they placed second in regionals, which is the best finish the school has ever had. Performances from junior Mary Paige-King, sophomore Paige Sidney, and senior Kristina Perdue lifted the team to the second place spot at regionals. This also allowed them to qualify for states for the first time in school history, The top five players make regionals, and the top three go to states for their school.
The team works hard day in and day out and walwik always has something positive to say about the girls and their work ethics.
“This group is very hard working and these girls come into practice with the intent to get better day after day,” Head Coach William Walwik said.
“It was pretty cool to be a part of the most successful golf team in school history; it’s cool to walk around and be able to say that I was a key piece of that team,” King said.
The team didn’t fail to impress coach Walwik, playing so well day-in and day-out.
¨These girls come in to practice every day and always find a new way to gain my attention,¨ Walwik said
The team has a lot to look forward to next season with a young squad returning with the potential return of seven players with only the key losses of their two senior captains Kristina Perdue and Peyton Hiller. The team only had two newcomers this year, Katherine Perdue and Sadie Mecham, the only freshmen to make the team.
¨It was really cool since golf is mainly an individual sport so being able to do something as a team was really fun especially since I haven’t been able to do anything like this since I’m a freshman.¨ Sadie Mecham said.
¨The highlight of my season was just being on the team in general and watching everyone cheer on and support one another. I loved receiving sweet messages some of the girls sent me after my last match.¨ Kristina Perdue said.
With a young team and the return of many players, the future is looking bright for the team and they feel like they can carry this success into next season.