Don’t Let Cold Showers Give You The Chills: Give cold showers a chance 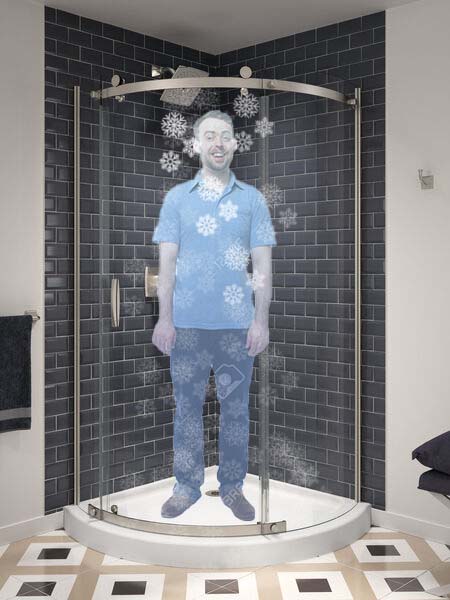 Waking up at 6:00 AM is difficult. Being a loyal subject to the alarm, and listening when it speaks, that is not the difficult part. Lifting myself out from the sheets and into the motions of the morning is almost a half dream, as thoughtless as sleepwalking. The difficult part, I have found, comes in listening to the tyrannical alarm when you are eating breakfast, balancing equations, idling about in gym. The difficult part of waking up isn’t in staying awake, but in staying aware. And in the warm drowsiness of early morning, nothing makes one more alert than the spine-quaking chill of a cold shower. Some people have coffee, I have cold showers. I have taken cold showers consistently for a little under a year, and I have long since known the stark shock that it brings, but it was only recently that I began to wonder what other effects cold showers may have. After further research, I am now certain that cold showers are better than hot showers.
There are many reasons that I have come to this conclusion. Initially, it was the environmental benefit of cold showers that drew me to them. Cold showers consume less energy both because there is no extra energy required to heat the water, and because colder showers are generally shorter than hotter ones. That was the extent of my decision at first. I figured that sacrificing hot water, if only for a few minutes each day, wouldn’t kill me. But upon growing accustomed to the colder water, I found that I felt happier after leaving the shower as compared to the dull, hazy feeling that I often had after hot showers. But is the chronic grogginess of hot showers really that bad? Scientific evidence poses that it may be.
In a 2016 study conducted by PLOS One, researchers were curious about whether the temperature of one’s shower had an impact on one’s immune system. To study this, they assigned two groups: one that took a warm shower every day before work, while the other took a warm shower that turned cold in the last 30, 60, or 90 seconds. The results indicated a 29% reduction of self-reported sickness absence from
work in the groups who took the cold showers as compared to the warm shower group. The surveys found that there was not a decrease in incidence of sickness, and it is true that cold showers will not give you immunity to disease, but that the cold shower group experienced less severe symptoms when they reported being sick, and thus, they continued to work. This study has its flaws, of course. First, because this study has not been replicated there is a lingering possibility that the results were a fluke, something still possible under the random assignment and random selection process. Second, the placebo effect, a cognitive bias that occurs when the individual awareness of receiving a treatment confounds the results in the subjects, cannot be controlled when it is quite obvious that you are taking a cold shower.
A second potential benefit to cold showers is that they have been shown to positively affect the metabolic process. Research has demonstrated that prolonged exposure to cold temperatures incurs with an increase in brown fat production. This brown fat regulates metabolism and replaces some of the unhealthy white fat synonymous with weight increase. Cold showers also empty the pores and follicles in your hair, yielding both less dandruff and less saturation of oils, both of which produce a healthier scalp and healthier hair.
Though the case for cold showers is not watertight, I hope that as the weather cools this November you think twice before you enter the shower and turn up the heat.