Let’s Veg It Up: Cafeteria food needs to be healthier 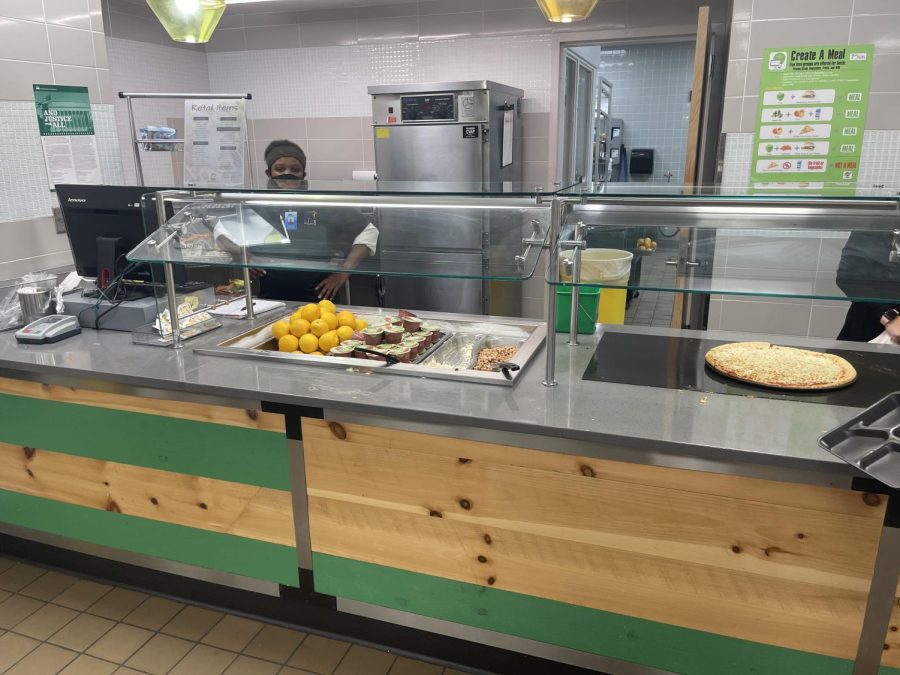 Walking into the cafeteria, signs advertise ‘no hormones’ and ‘eat healthy!’ How are we supposed to do this if the food provided is not nutritious? Some of the foods do not even contain many essential ingredients and are processed or frozen. As teenagers, we are constantly being told to “eat healthier” and to “have a more balanced diet.” We cannot rely on the cafeteria for this.
The only drink given for free is milk. Other beverages are provided, but you have to pay for them, and even the water isn’t free. Instead of serving juice frequently, water should be the alternative. Fruit juice contains the same amount of sugar as soda and 60 calories when water has none. According to the CDC, it is advised to serve water with meals.
The breakfast served to students is a problem. For breakfast, students are given an entree, juice or fruit and milk. Juice and a small bag of mini pancakes is not a meal. The tiny pouches of Crunch Mania are not an adequate breakfast. These cinnamon rolls might be tiny, but they contain 13 grams of sugar and low amounts of nutrients such as vitamins and iron. I am aware that some might label these foods as snacks, but they are supposed to be given as a meal, not a morning snack.
A prominent problem in the US today is obesity, and this is fueled by unhealthy eating during childhood. 14.4 million adolescents and children in America are overweight, and students who eat the school lunches are 29 percent more likely to be obese, according to a study done by the New York Times in Michigan. Bags of sugary pancakes, waffles, and chocolate filled pastries are not a nutritious breakfast. What’s more, these sweets can tempt any kid, and having them every day is not good for a child’s diet. It has also been proven that 78 percent of covid deaths have been those who are obese. There have been earlier studies conducted by researchers to prove that healthy lunches actually make a difference in a child’s eating habits. A study of schools in Connecticut found that in 2014, students ate 13 percent more entrees and 18 percent more vegetables. As a result, there was less waste. Issues caused by school lunches, like obesity, can be avoided if the health of students is accounted for.
I understand that supplies for lunch are limited and the cafeteria has to do what they can with the low funds and cheap food provided by the government. However, there are ways to adequately feed students without unhealthy options. Instead of sugary pancakes and waffles, maybe fruit salad could be provided. The fruit that was not eaten or used in previous breakfasts or lunches can be sliced to make decent fruit salads. A bigger breakfast alternative would be to serve smoothies each morning along with eggs, toast, or anything homemade and not processed or frozen. Nutrients such as vitamin D and iron are present in eggs and are considered part of a healthy breakfast. Those who eat more homemade foods receive fewer calories than foods from other places, according to Johns Hopkins School of Public Health. For lunch, to add more variety, serve less pizza and fried food and more sandwiches. Something needs to be done. Rather than just advertising healthy food, the cafeteria should actually serve it.